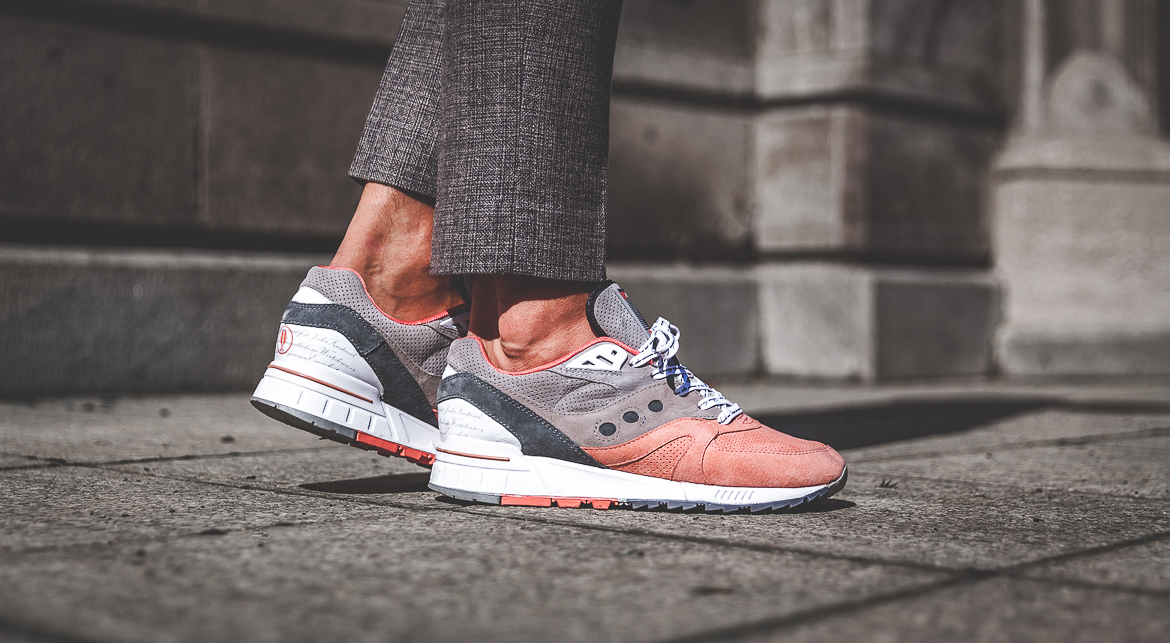 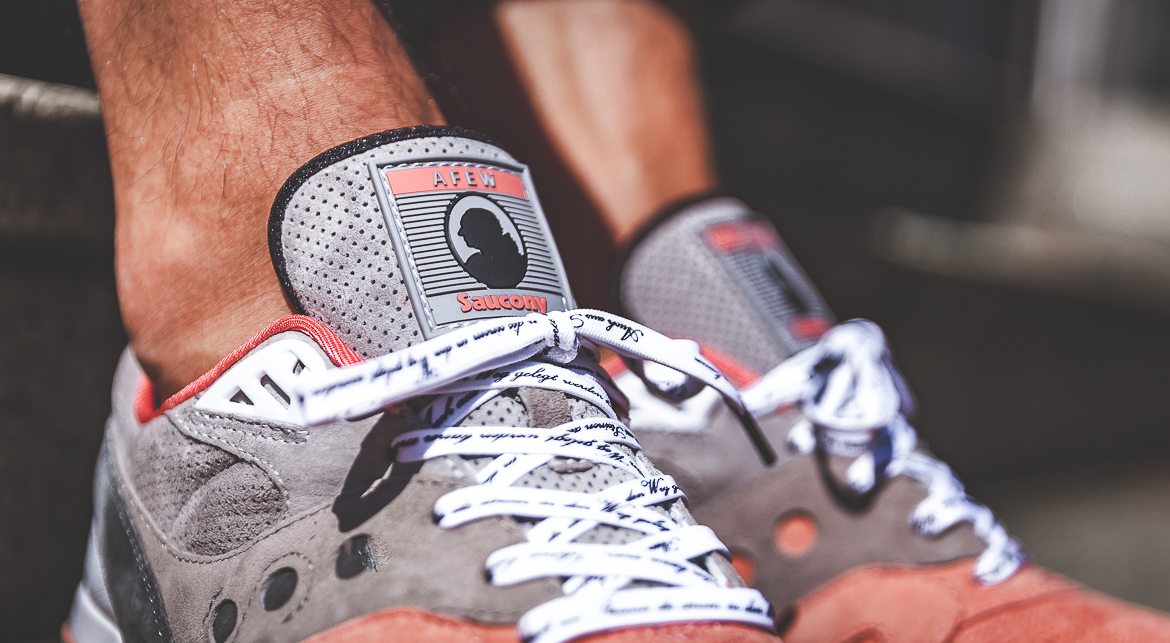 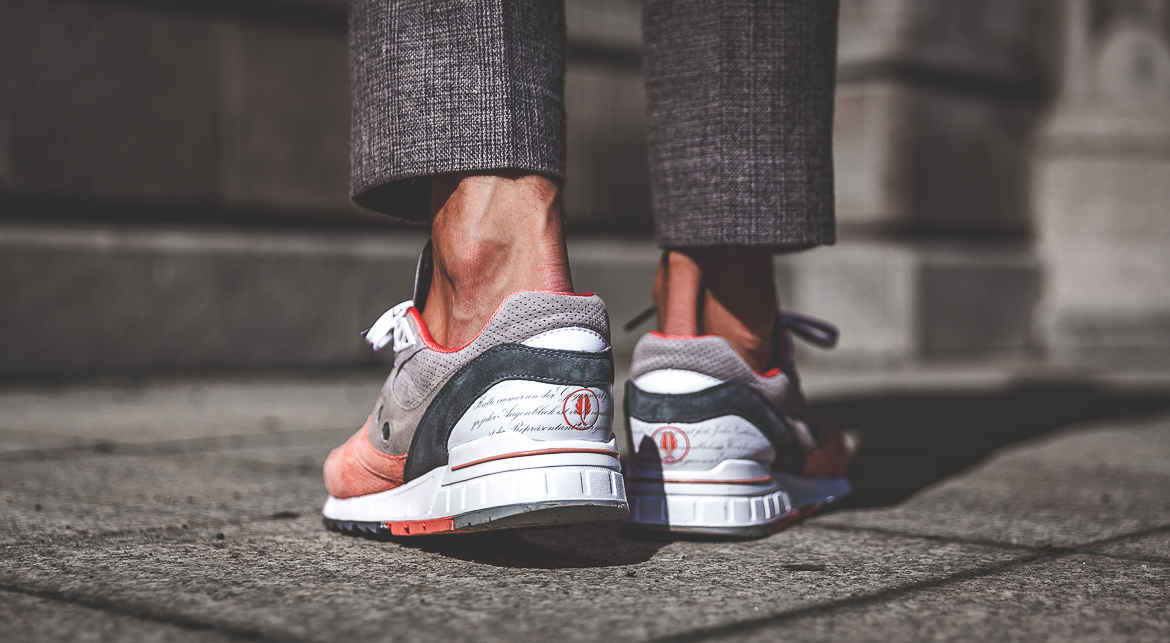 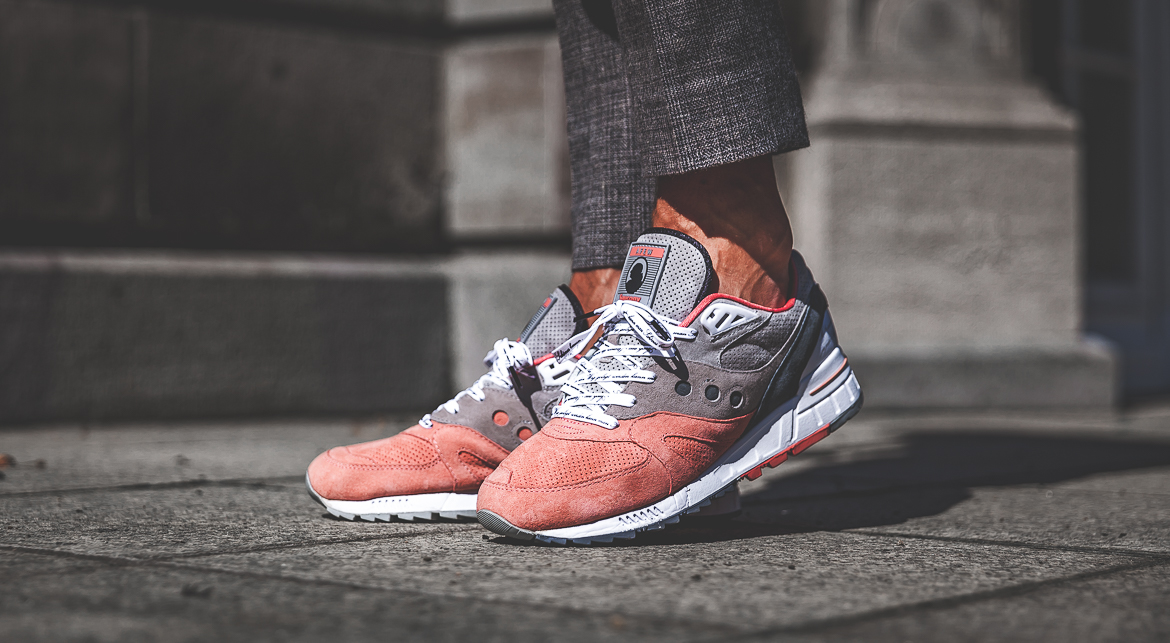 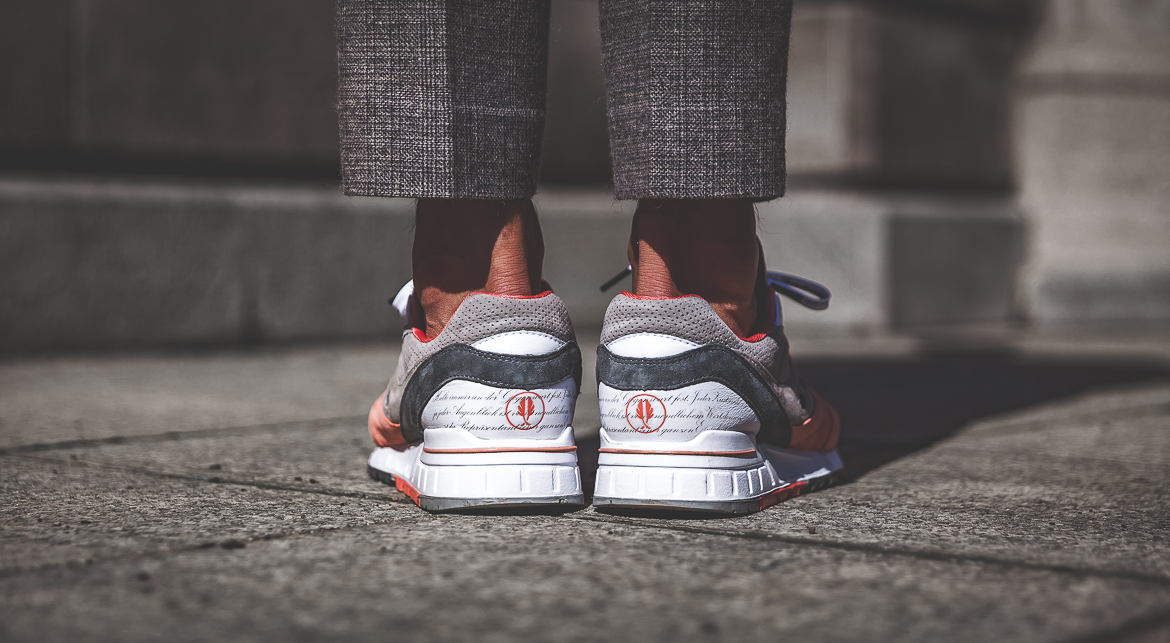 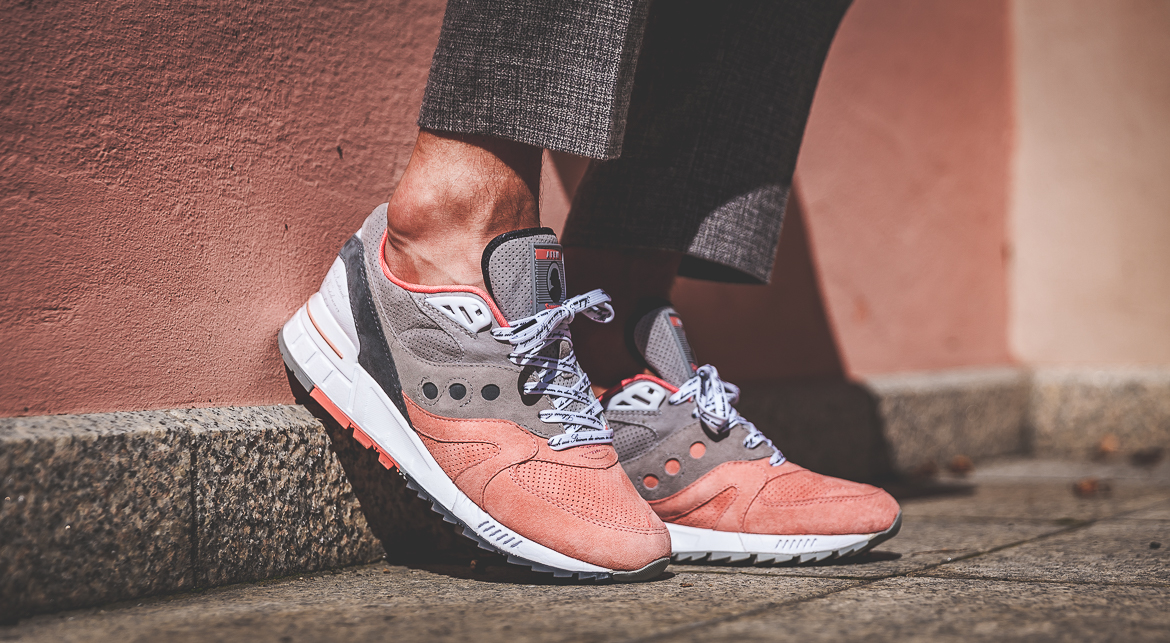 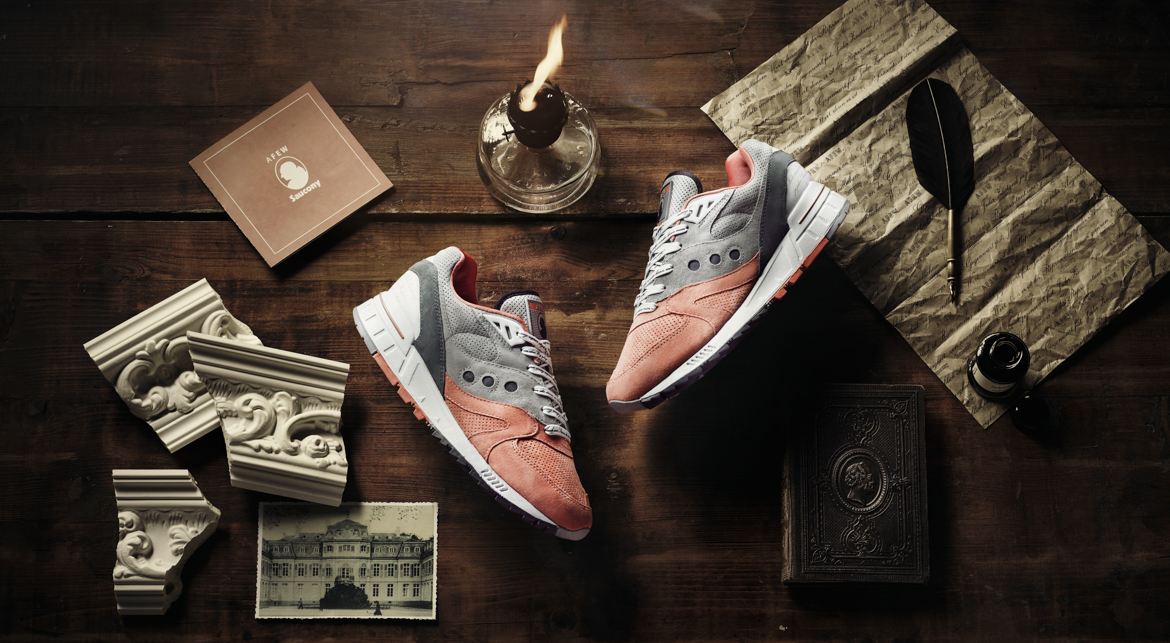 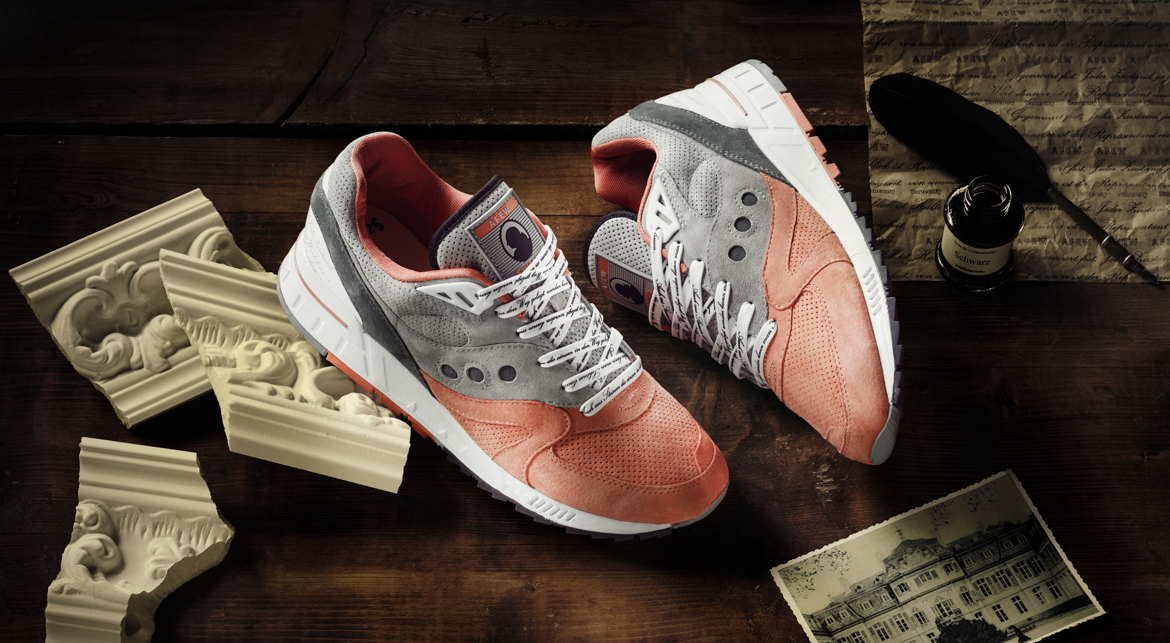 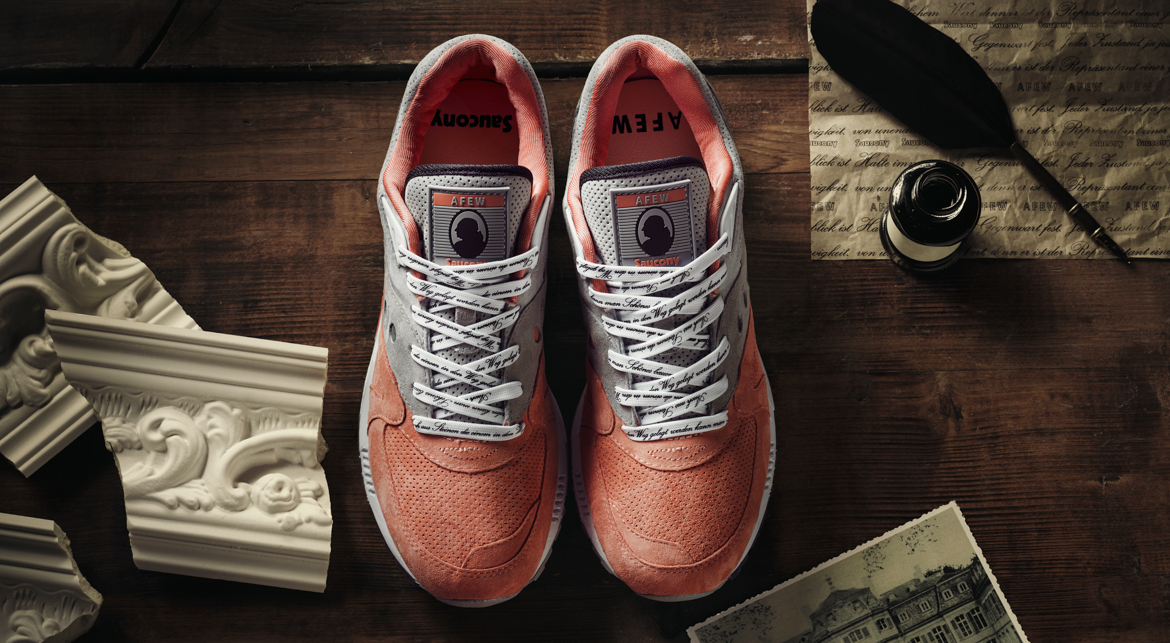 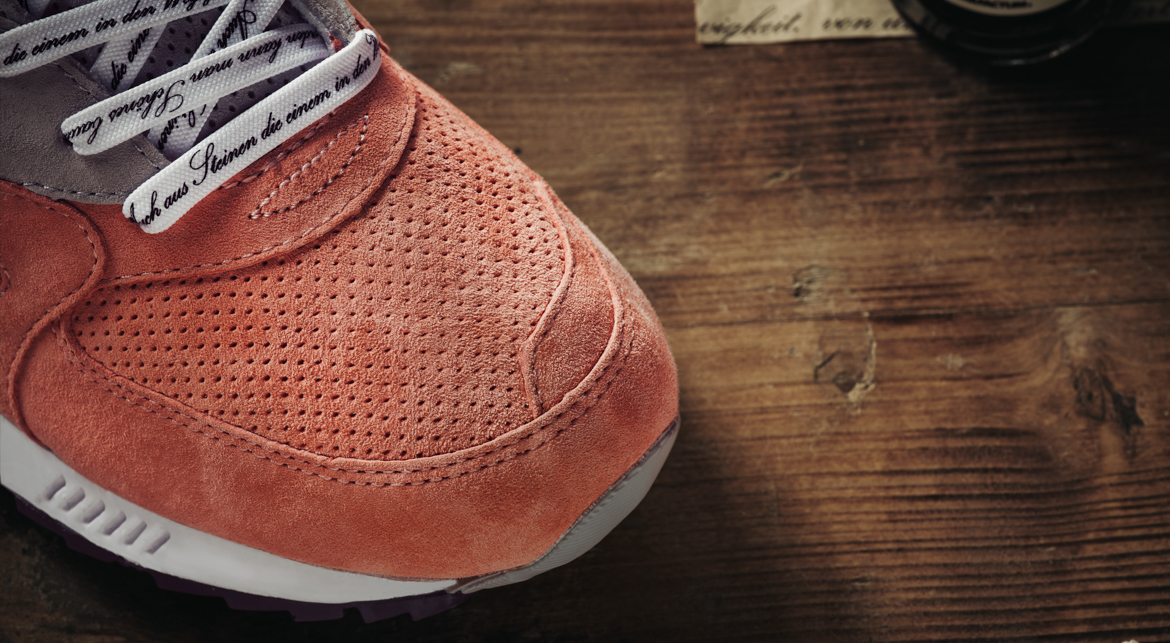 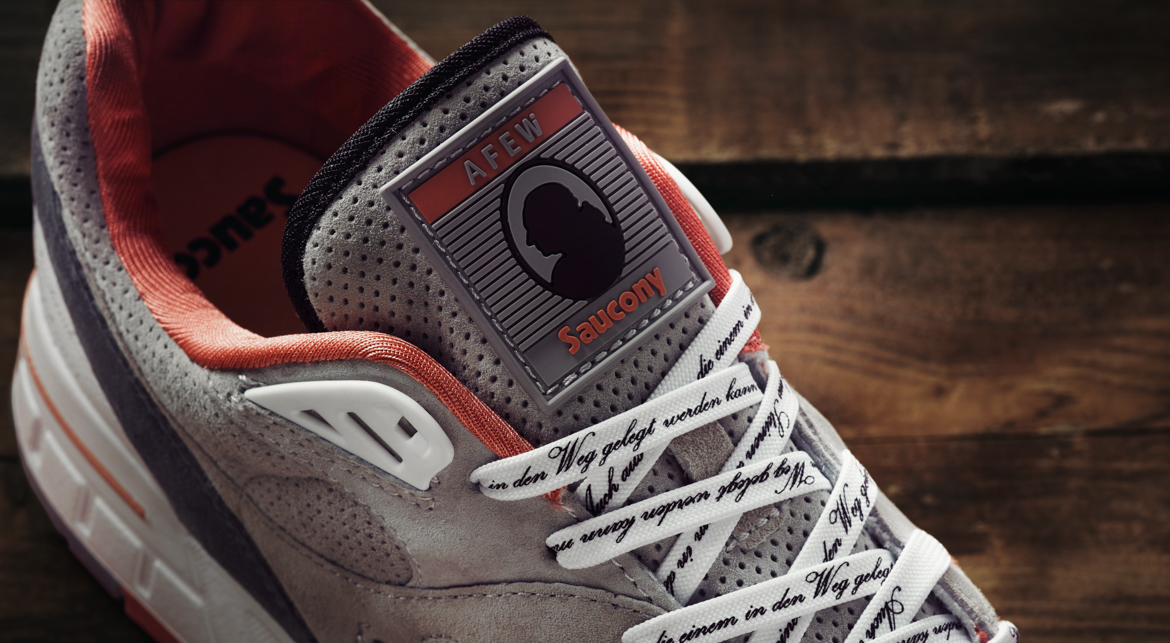 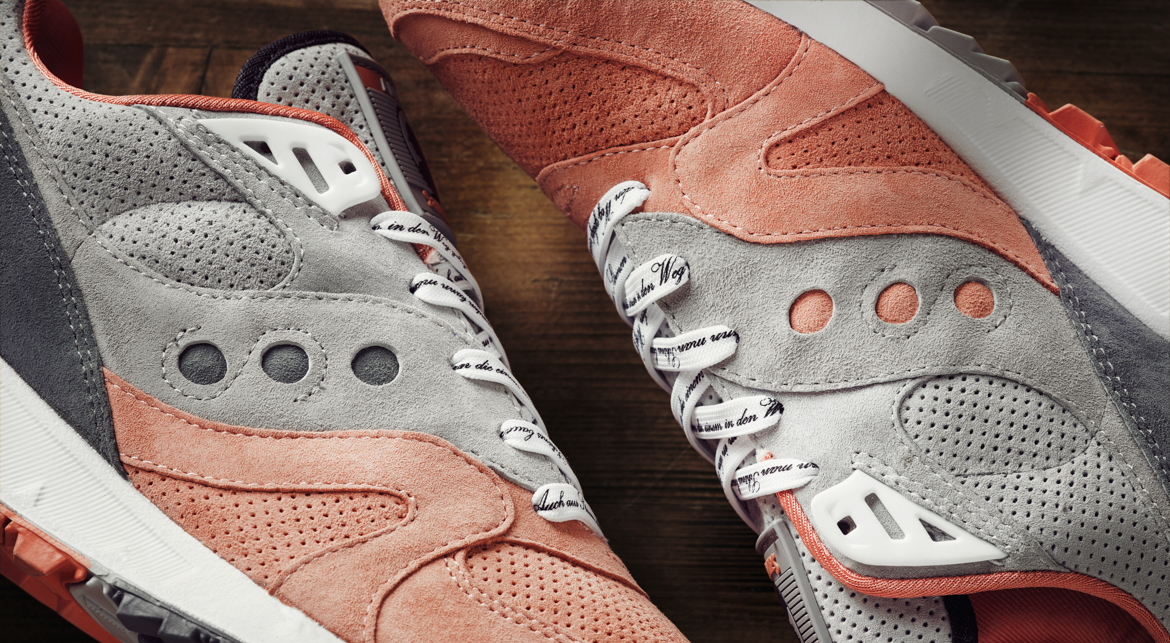 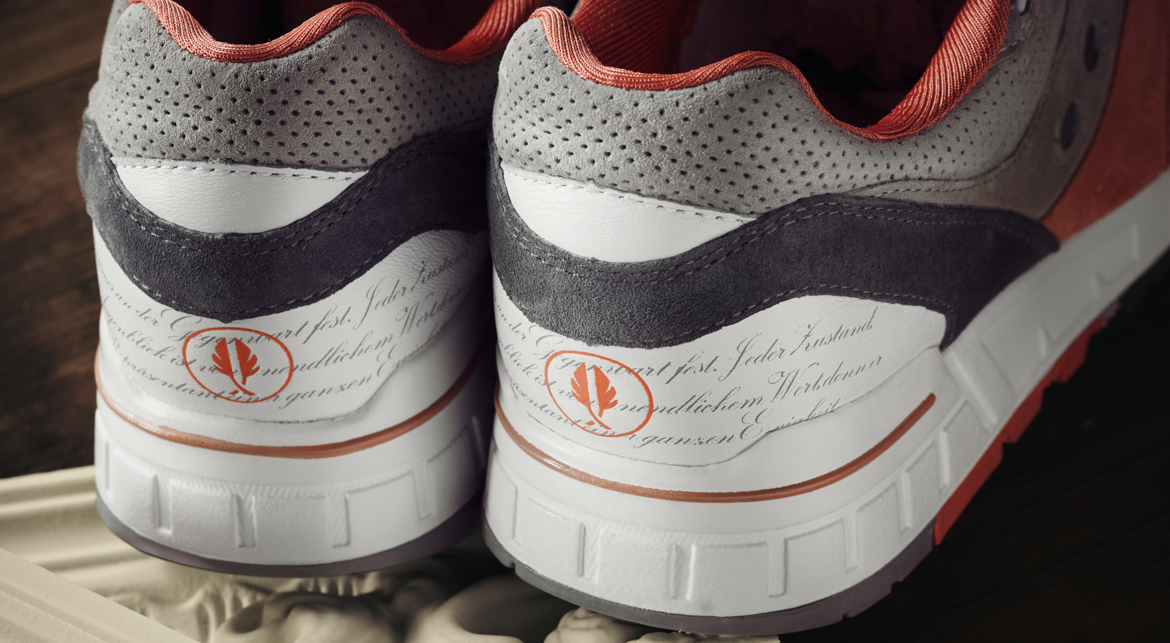 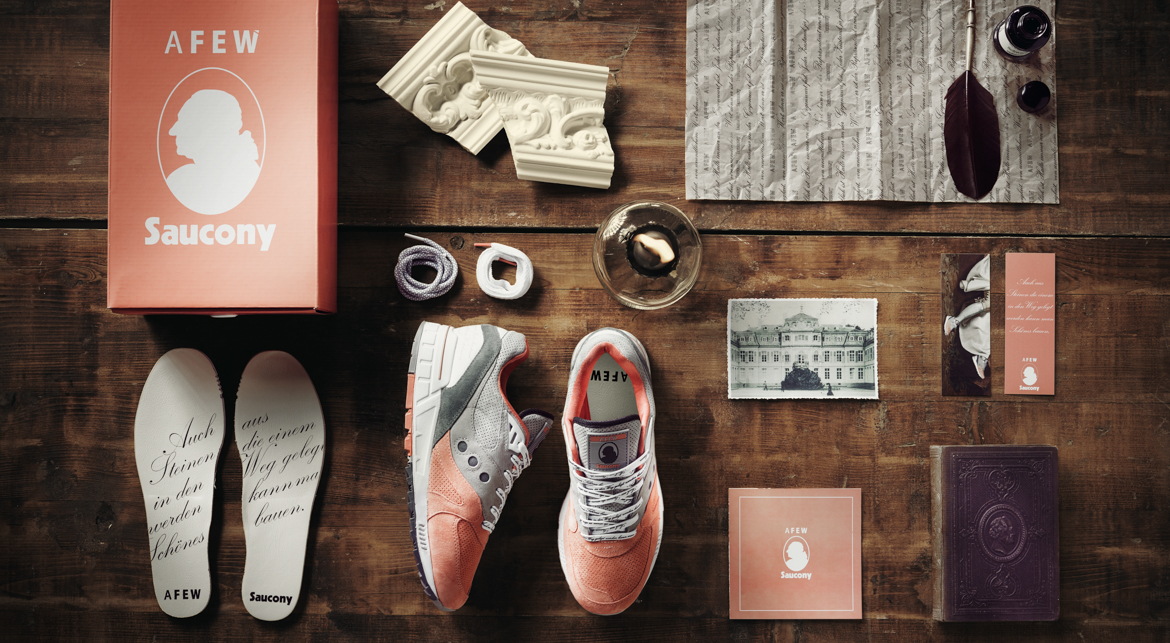 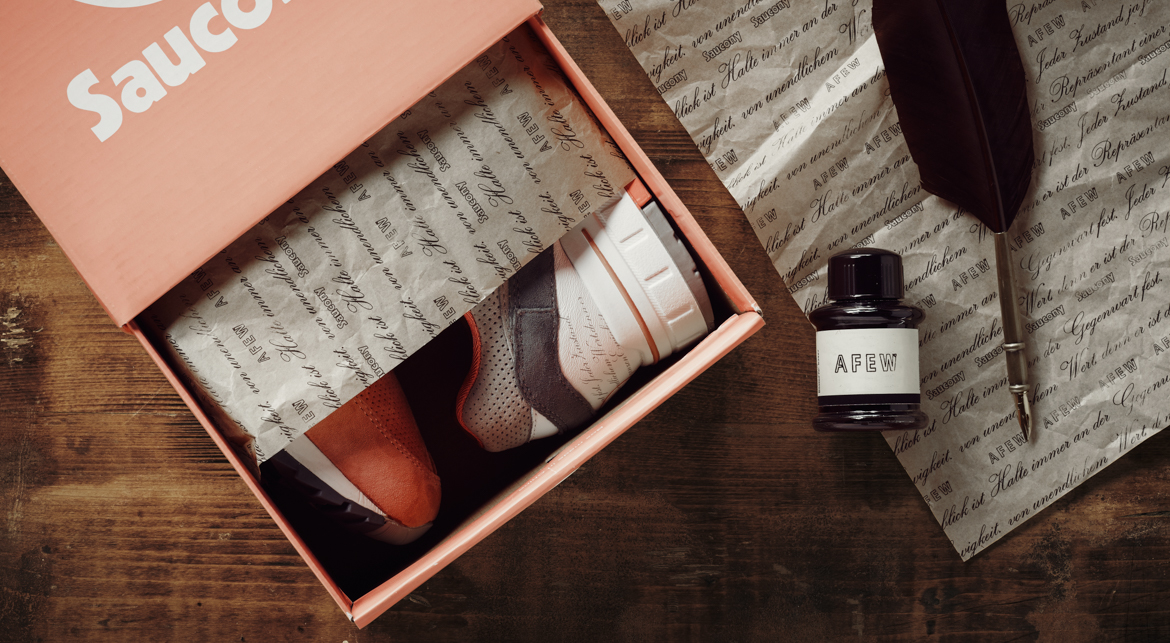 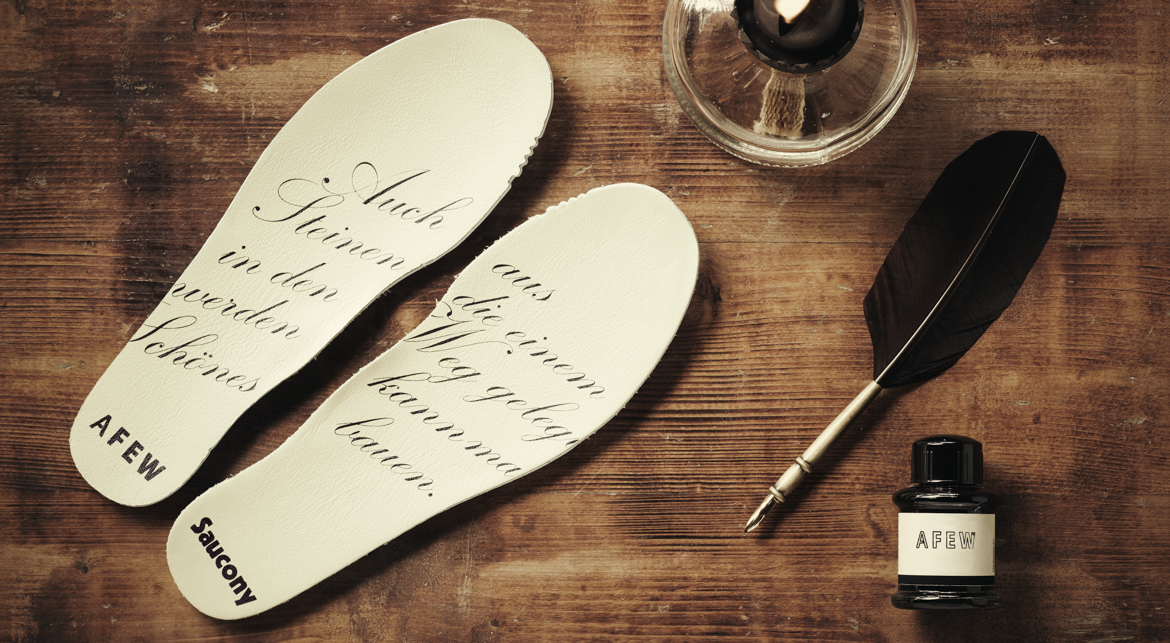 Wolfgang Johann von Goethe is one of the most respected poets and belongs to the circle of representatives of the world literature. With over 50.000 pieces of his art, the Goethe Museum in Düsseldorf is the largest exhibition by today. Our Saucony Master Shadow 5000 is inspired by Goethe, one of the greatest Poets in the history of poetry and the Goethe Museum in Düsseldorf, which is close to our store. The colorway with its rose and grey colors are a hommage to the colors of the in 1763 builded castle and the whole architecture. And like the awesome architecture the materials had to be premium to fit the whole concept. A premium Suede extends from heel to toe and some elements of the roughened leather are accurately perforated. In reference to Goethe and his literary world heritage, the details of these masterpieces should be preciseley reminiscent. The Poet himself was perpetuated by us on the tongue and presents itself in a papercut patch. You’ll find one of his famous poem on both heels, next to our debossed logo. There is another poem on the insoles, together with both collaboration partner. To get the finishing touch, there is a third poem on the additional laces, in a style of poetry written with a feather. To have the perfect complete package, all pairs come in a special box, where you’ll find an exclusive bookmark and a booklet with informations about this special project. Two additional laces extend the individual look of the wearer.
ONLINE RELEASE | 14.10.2017 - 3 p.m. CET (London = 2 p.m. / New York = 9 a.m. / Los Angeles = 6 a.m. / Tokyo = 10 p.m.)
Sign in for the Online Raffle & be informed when your size is available (INSTANT PAYPAL PAYMENT REQUIRED):

HOW TO ENTER THE ONLINE RAFFLE:

STEP 1 - SIGN IN > Enter the Online Raffle by signing in for your size until the 14th of October (8:00 a.m. CET)
> Confirm your registration in the mail which you will receive by us after signing in

2. WINNERS WILL BE INFORMED
> Within 90 minutes (3:00 until 4:30 p.m.) we will inform all winners via email. If you receive a winner mail in that time frame you have to pay within 15 minutes.

3. END OF THE RAFFLE
> The participants which had no luck at the raffle, will be informed right after the 90 minutes.

THE RAFFLE IS OVER 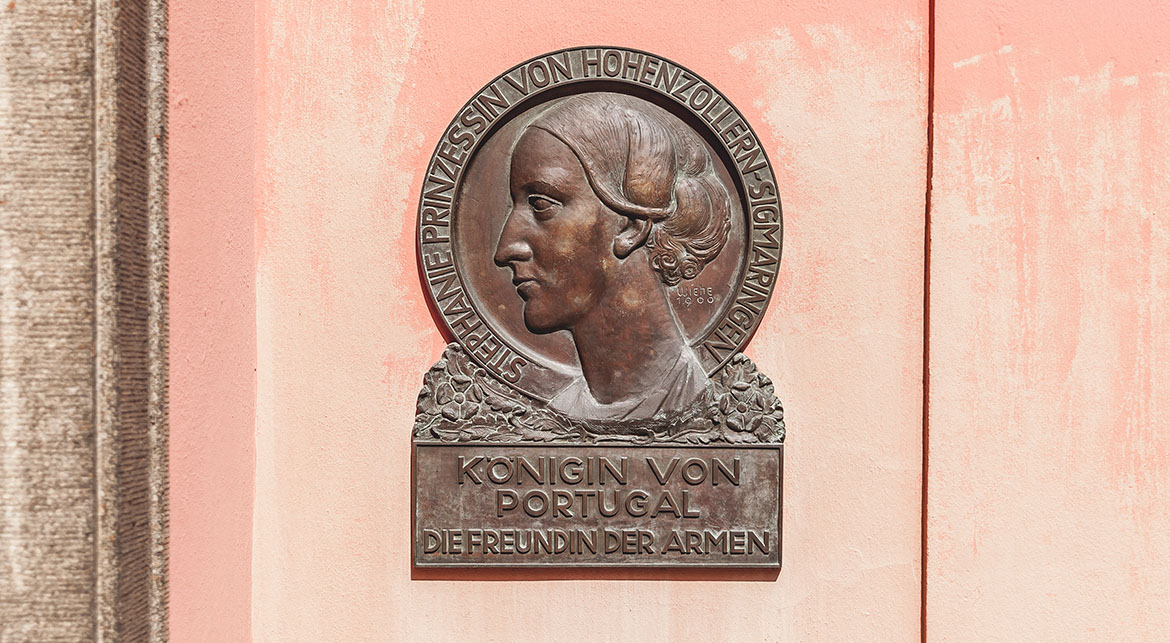 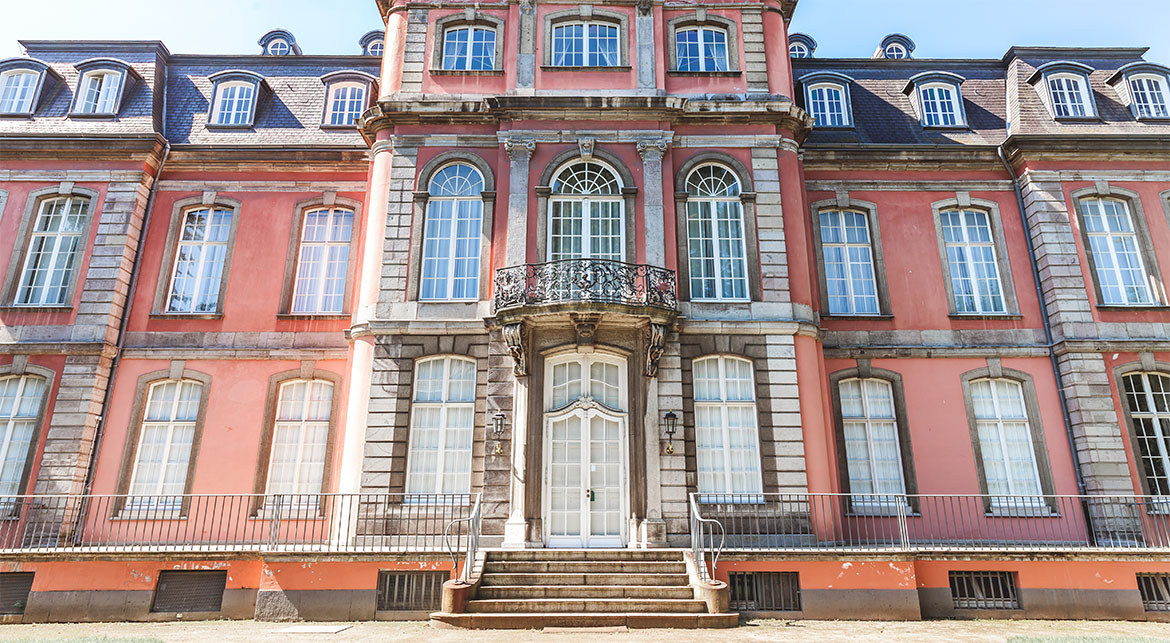 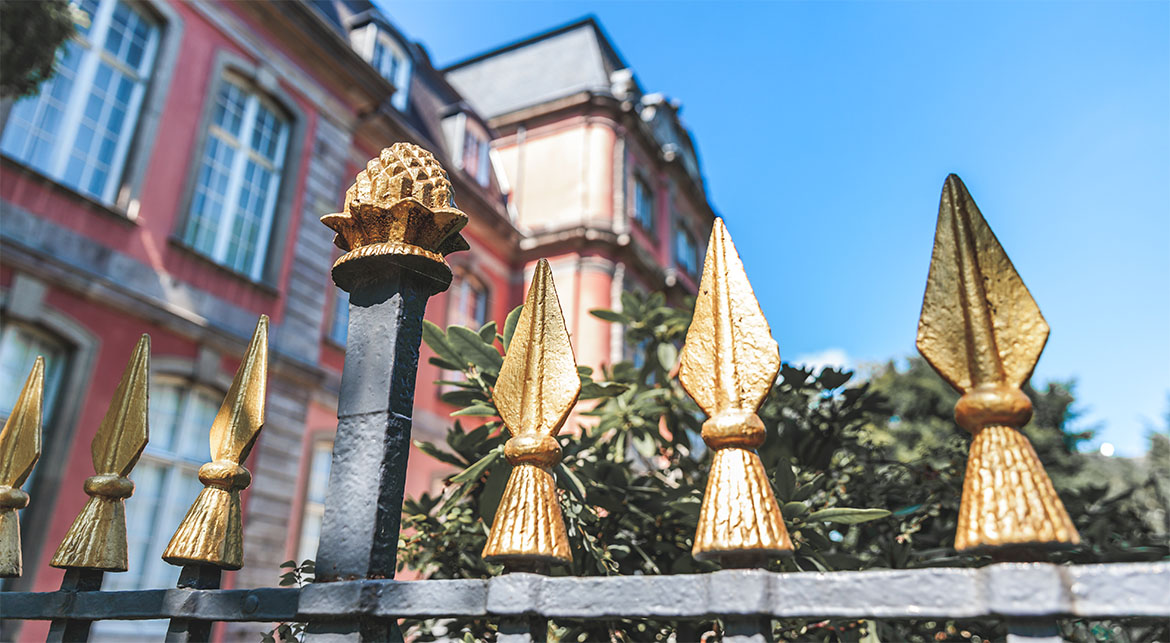 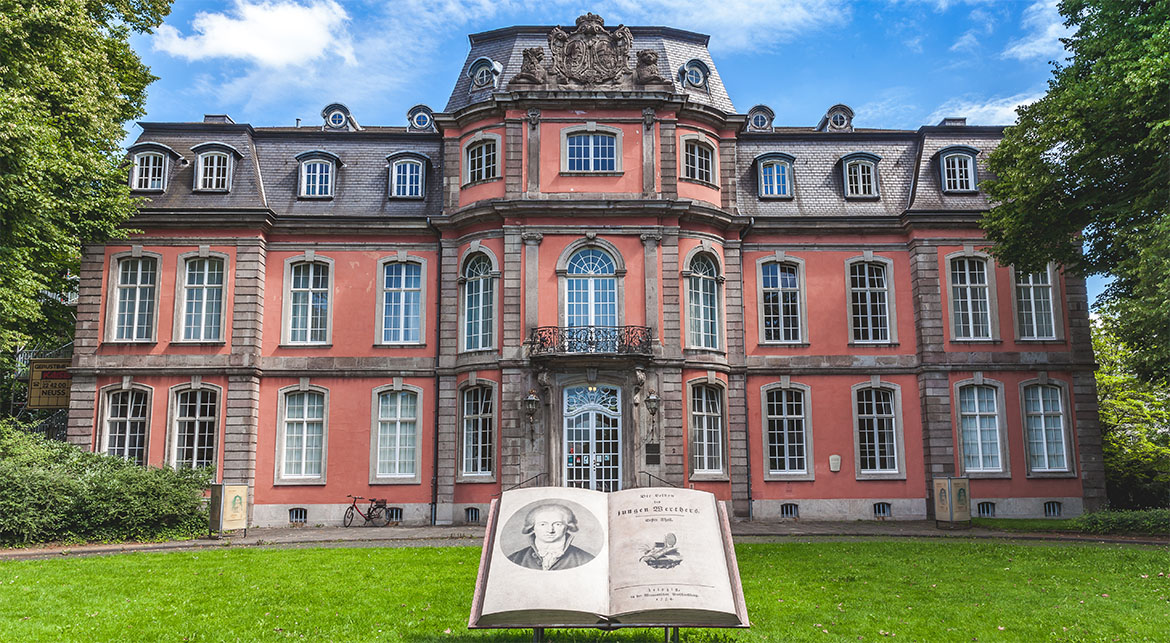 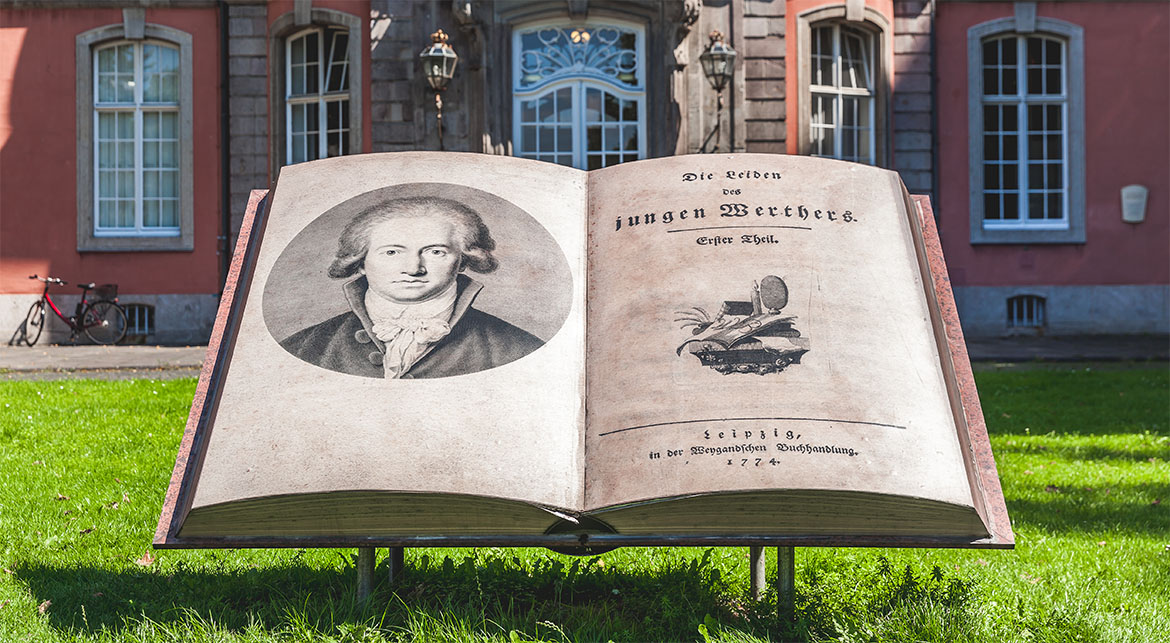 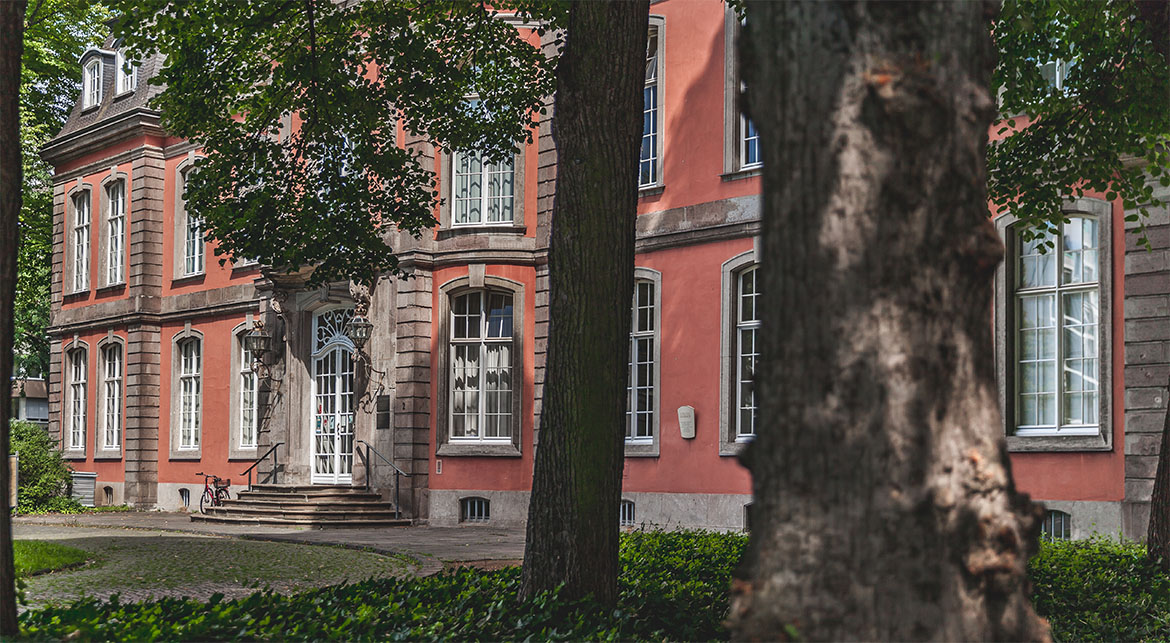 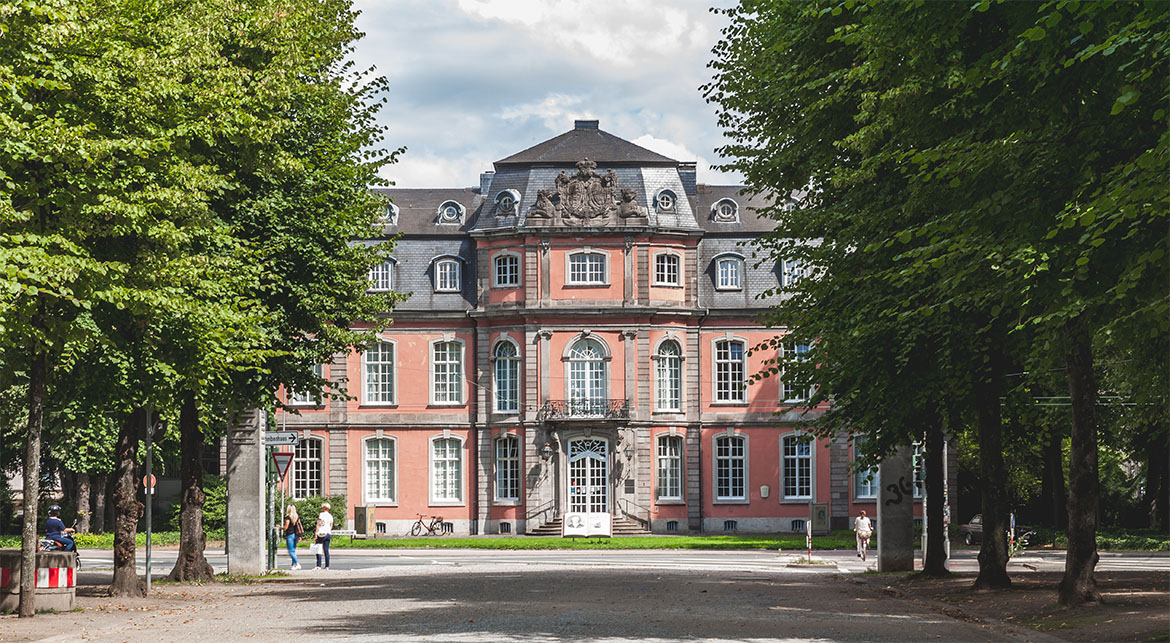 About the Museum & Goethe

The „Schloss Jägerhof“ located in Düsseldorf was built between the years 1752 until 1763 on behalf of elector „Karl Theodor“. The castle lies in the heart of Düsseldorf in direct proximity to the Hofgarten. Inside the castle is the museum of Goethe presented since 1987, which has the biggest private collection in the world. More than 50.000 objects are showcased there, including a handwriting archive, research library, art collection and an event hall. The idea for this project was born due to the proximity to our Store and also the special architecture and its unique colours gave the shoe its look. It has always been important for us to include our surroundings. The reference to local objects has always been our main motivation for our projects.

Johann Wolfgang von Goethe was born in Frankfurt am Main on 28th August 1749 and is regarded as one of the most important representatives of German-language poetry. Goethe's literary works include poetry, drama, epic, autobiographical, literary and literary theological sciences. Moreover, Goethe was one of the most important representative of „Sturm und Drang“. His novel "The Sorrows of Young Werther" made him famous in Europe. So famous, that even Napoleon asked him for an audience. With "Faust", Goethe succeeded in creating one of the most important creations of German-language literature. His dramas, poems and novels are still among the masterpieces of world literature. 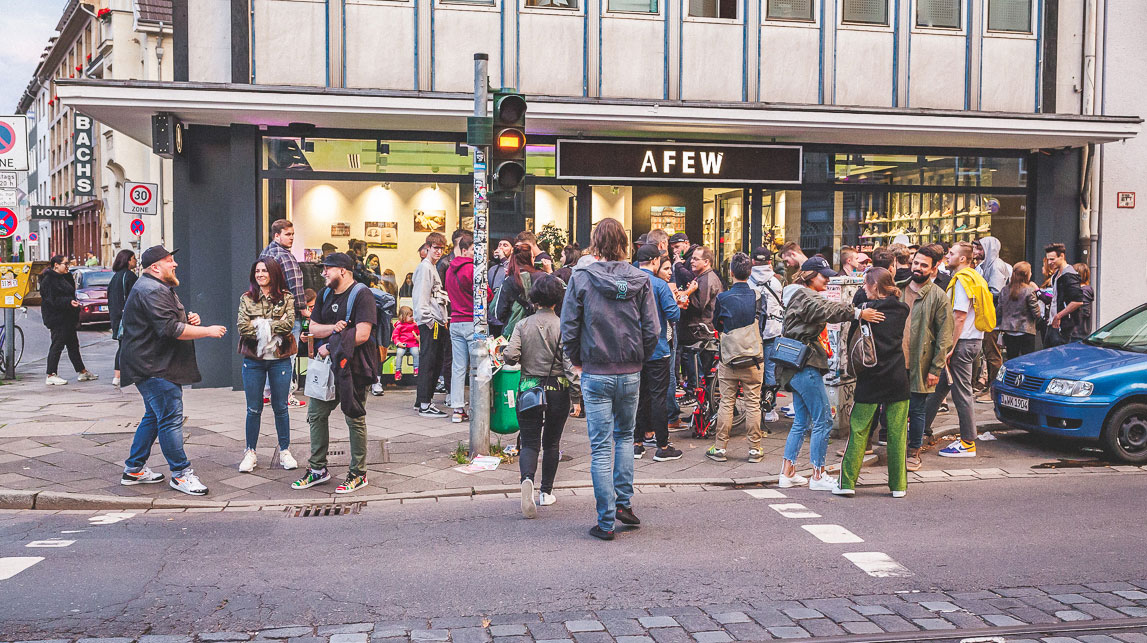 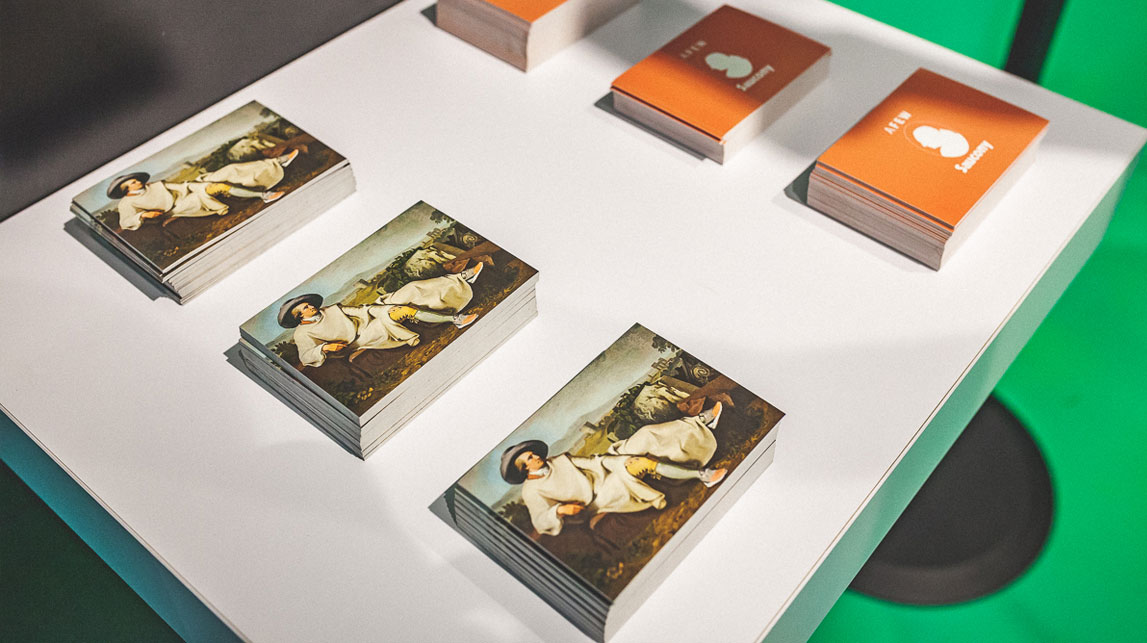 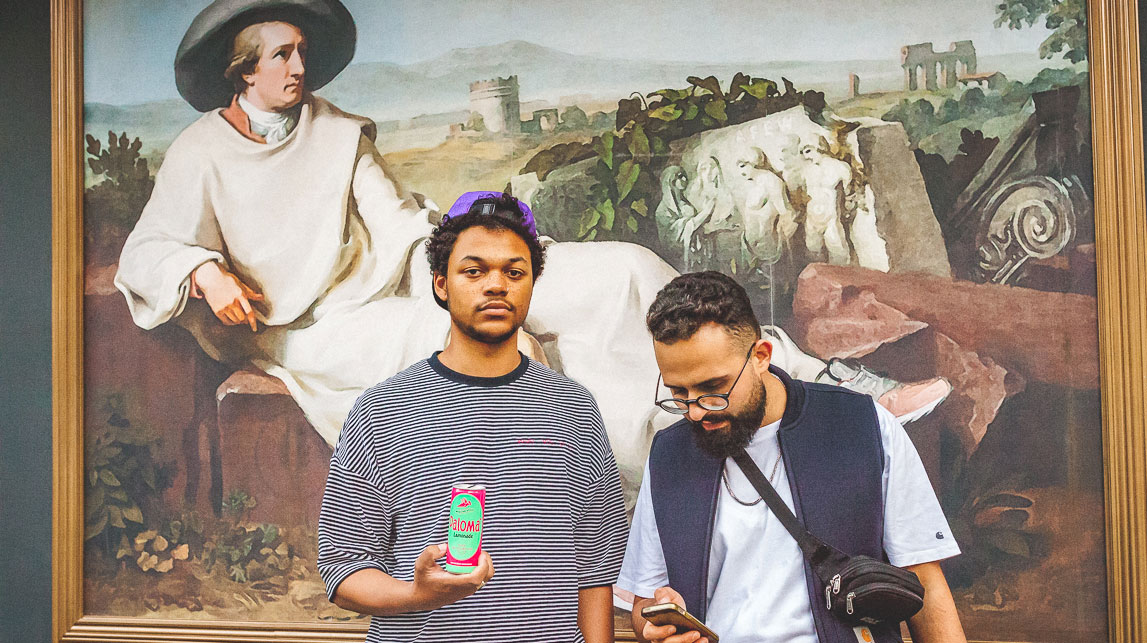 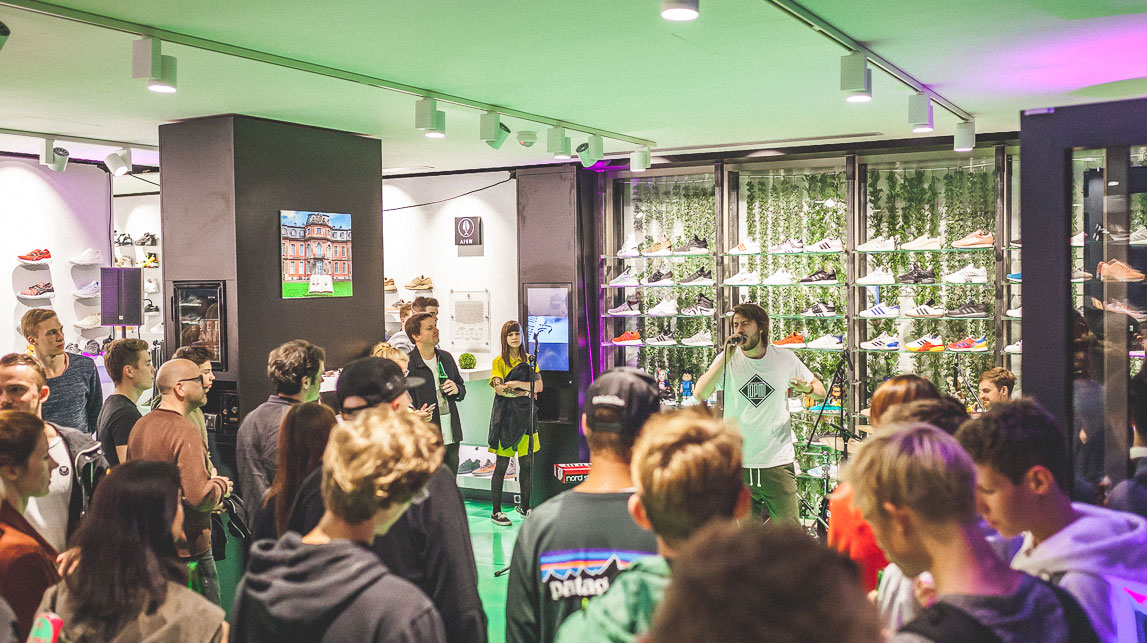 As a little teaser for our upcoming project, we organized a special event to keep everyone guessing: „ Die Jazz Schlacht um Goethe“. A classic get together afew style with a mixture of Jazz, Hip Hop and Poetry. „Fil der Protagonist“ brought the music and Leonie Warnke and Henrike Klehr entertained everyone with their smart and eloquent performance. To keep people curious, we showed teasers throughout the store and handed out free copies oft he infamous goethe poster.